September 18 Update — NHRP certificates  for the class of 2019 were mailed directly to students last week. Recognized students should be receiving letters shortly. Applicants who failed to qualify will be (or have been) notified by email. If you have questions, the best contact is Scholars Apply, which administers the program for College Board. The phone number is 866-545-8467. The email is [email protected].

The National Hispanic Recognition Program recognizes approximately 5,000 Hispanic/Latino juniors each year from among the more than 400,000 juniors who take the PSAT. As with the National Merit Scholarship Program, NHRP uses the junior year PSAT/NMSQT as the qualifying test. The programs, however, differ significantly.

Initial consideration is automatic for juniors taking the PSAT/NMSQT who have identified as Hispanic/Latino on the PSAT answer sheet. Students meeting the qualifying score requirements will be invited to complete an application and confirm their GPAs with documentation from their high schools. Students who are not already identified as Hispanic/Latino may self-nominate. Contact Scholarship America at [email protected] for details.

College Board does not publish a public list of cutoffs. Compass has gathered known cutoffs, by region, for the new PSAT. The actual class of 2017 cutoffs were based on National Merit’s Selection Index, where ERW scores have twice the weight of Math scores. The Total Scores for the class of 2017 have been estimated to provide comparison.

NHRP cutoffs have been relatively stable on the new PSAT, and we expect the same moving forward. The number of Hispanic/Latino students taking the PSAT/NMSQT has grown tremendously over the last 10 years, but score movement at the top end of the range has been slow.

Recognized students are from the United States, Puerto Rico, the U.S. Virgin Islands, Guam, the Mariana Islands, and the Marshall Islands or are citizens studying abroad. We believe that the regions correspond to those the College Board uses for its regional offices. 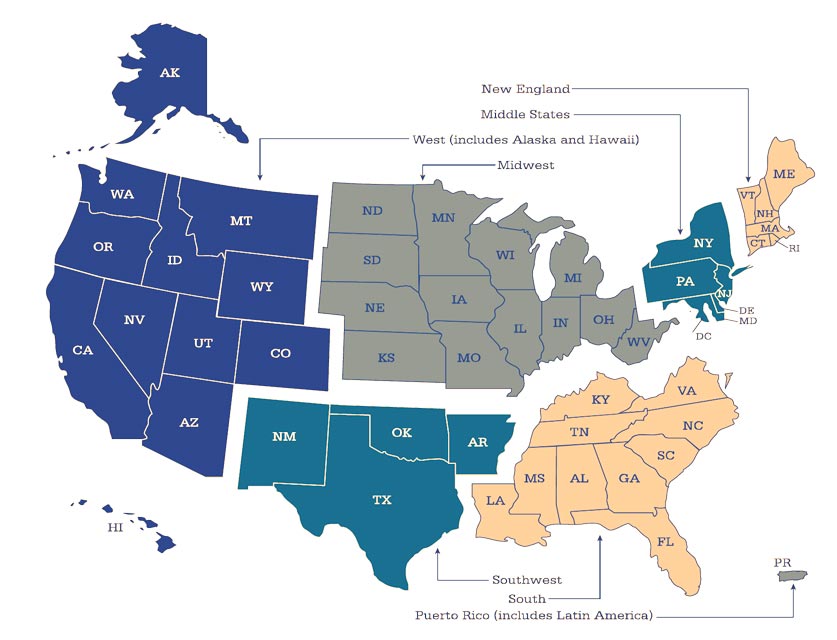